There are 3 solutions to unclogging your touchless soap dispenser. We cover them here together with their pros and cons. Read on!

The most obvious way to unclog the soap dispenser is to clean its pump (we will cover this shortly.) However, there are times when the problem is bigger than it seems. Then replacing it may be the only solution (we will explain how.) Finally, the worst-case scenario is getting a new automatic soap dispenser.

How to Clean an Automatic Soap Dispenser

The best way to keep your soap dispenser working well is to clean it regularly. Here’s how to go about doing just that:

Once you’ve finished wiping down the dispenser, screw the panel back into place. Replace the screws. Test the dispenser to ensure that it still functions correctly.

Why Does An Automatic Soap Dispenser Fail to Work?

There are several possible reasons why a dispensing mechanism might fail to work properly. The most common reason for failure is clogged tubing. This problem occurs when liquid residue builds up inside the tube over time.

Another possibility is that the user accidentally puts something else into the dispenser. For example, they could put an incompatible bottle of hand sanitizer into the dispenser without realizing what was happening.

The third cause of the malfunction is improper maintenance. Users who neglect to change the batteries every six months run the risk of having them die prematurely.

Finally, mechanical problems also contribute to malfunctions. One potential source of trouble is worn-down gears within the motor assembly. They eventually become too weak to turn smoothly.

How to Troubleshoot the Dispenser Pump

The first thing to check will be if there are any small pieces inside the pump mechanism. You should be able to see these through the transparent plastic housing.

Remove all debris from the interior of the pump by carefully pulling apart the components until you reach the point at which the pump mechanism comes loose. Then remove the entire pump mechanism from its base.

Clean each component thoroughly before reassembling it. Make sure that no foreign objects remain stuck between the moving parts. Once you’re done, replace the pump mechanism and reinstall it into the base. Now try testing the dispenser once more.

Does it function normally now?

If this doesn’t solve the issue, you’ll need to contact the manufacturer’s customer service department. They can help determine whether the problem lies with the unit itself or with the installation process.

You shouldn’t attempt to repair or modify parts yourself unless you really know what you’re doing. You may damage the device permanently. Plus, you never know whether the manufacturer will still support the model once you open it up.

The first thing to check would be if your pump were damaged somehow. If so, then you may need to get a replacement from the factory. Otherwise, here are some tips to help you figure out how to clean the dispenser properly:

Remove all caps from the top of the container. This includes both the cap itself and the plastic cover over the hole through which the liquid flows. The reason for removing the covers is that when you remove them, you expose the container’s interior to air. Air is very good at absorbing moisture, especially when combined with heat. So by exposing the inside of the container to air, you increase the chances of water getting trapped within the system.

Once you’ve removed the caps, place the container upside down. Then pour about half a cup of warm tap water directly onto the bottom surface of the container.

Wait until the water stops flowing, and then carefully turn the container upright again. Now repeat the process using another cup of warm tap water.

Next, take a small amount of dish soap and add it to the reservoir. Make sure that you only put enough soap into the reservoir to create a thin layer of foam.

Do NOT let the soap sit on the surface of the water. Instead, stir the mixture thoroughly. Repeat step 1 above, except this time, pour the entire contents of the bowl into the reservoir. Again, wait 5 minutes between steps.

Finally, fill the reservoir with hot tap water. Let the water cool slightly, and then shake the container vigorously. Be careful not to agitate the foamy soap solution too much. Also, avoid shaking the container while its lid is off.

Allow the container to rest undisturbed overnight. During this period, the foamed soap solution will slowly seep out of the reservoir and collect at the base of the spout. As long as no additional liquids enter the system during this time, the foaming action will continue indefinitely.

When ready to reassemble the unit, replace the caps and screw the lids back on tight. You should see clear, bubbly water flow freely once more.

If you have an automatic hand soap/sanitizer dispenser, there’s a chance that the sensor is broken. To determine whether or not this is the case, follow these simple instructions:

Replace the panel if necessary. Reattach the two screws. Turn the machine on and test the new sensor. If everything works properly, you can now proceed with cleaning the dispensers.

Why is a Touchless Dispenser Pumping Slowly?

This may happen due to an obstruction blocking the flow path. If you notice that the dispenser isn’t functioning as expected, make sure that nothing is obstructing the opening where the nozzle protrudes. Check the area behind the dispenser.

There shouldn’t be anything sticking out that could block the outlet. Also, look underneath the dispenser. Are there any items lying beneath it? Perhaps someone has placed a book under the dispenser while reading. Or perhaps a child has left toys scattered about.

These things can easily get caught in the dispenser’s mechanisms. Take care to clean up the dispenser immediately. Otherwise, you may have to call a professional plumber to fix the problem.

It can also cause leaks on the floor. To prevent such occurrences, place a towel or rag underneath the dispenser whenever you use it. That way, you won’t leave wet spots anywhere.

What Causes a Touchless Hand Sanitizer Pump to Stop Working?

It’s important to note that the pump will only operate intermittently. That means that sometimes it won’t dispense fluid even though the trigger button is depressed. In other words, the pump will start operating but soon shut down. This is normal behavior.

However, if the pump stops working altogether, then you’ve got bigger issues than just a faulty dispenser.

The pump is likely clogged or damaged internally. To find out for certain, you’ll need to send the device off to a repair shop. But keep in mind that this kind of damage often requires replacement rather than simple repairs. So don’t expect to save money by doing it yourself.

When using a touchless hand sanitizing dispenser, limescale buildup can occur over time. The build-up occurs when calcium carbonate deposits form on the internal surfaces of the dispenser. It happens because the liquid soap used in most dispensers contains high levels of sodium hydroxide. When mixed with tap water, the chemical reacts with the lime present in hard water to produce a thick white precipitate. Over time, the amount of lime builds up until the dispenser becomes clogged.

Among these problems, the buildup can also cause the spread of germs. As a result, people who come into direct physical contact with the dispenser are at risk of exposure to health risks.

To prevent this from happening, use distilled water instead of regular tap water. You should also try to avoid storing the dispenser near heat sources such as radiators. Heat accelerates the formation of limescale. Finally, remember to flush the dispenser with fresh water regularly. Use warm water at first. Then gradually switch to cold water. Coldwater helps break down the lime deposit faster.

How do you fix a clogged simple soap dispenser?

You’ll want to use warm water instead of cold. The reason why is because hot water tends to dissolve solid matter better than cold does. It also helps prevent bacteria growth. Just remember to avoid scalding yourself when using hot water!

Can I use dishwashing liquid to clear a clogged dispenser?

How do you clean your dispenser, so it works properly again?

First, remove all objects from their vicinity. Then spray some water into the reservoir. Wait at least 10-15 minutes before pouring away the excess water. Finally, replace the batteries. Make sure they’re fully charged. Now try pressing the buttons again.

Why is a fresh and clean touchless soap dispenser not working?

The first thing you should check is whether the dispenser was installed correctly. Did you follow the instructions provided by the manufacturer? Was the dispenser turned on after installing it? And did you place the batteries in their proper location? If these questions are answered affirmatively, then you might still have problems. You’ll need to consult a professional plumber to resolve them.

17 Types of Soap Dispensers [Yes, That Many]

How Does an Automatic Liquid Soap Dispenser Work? 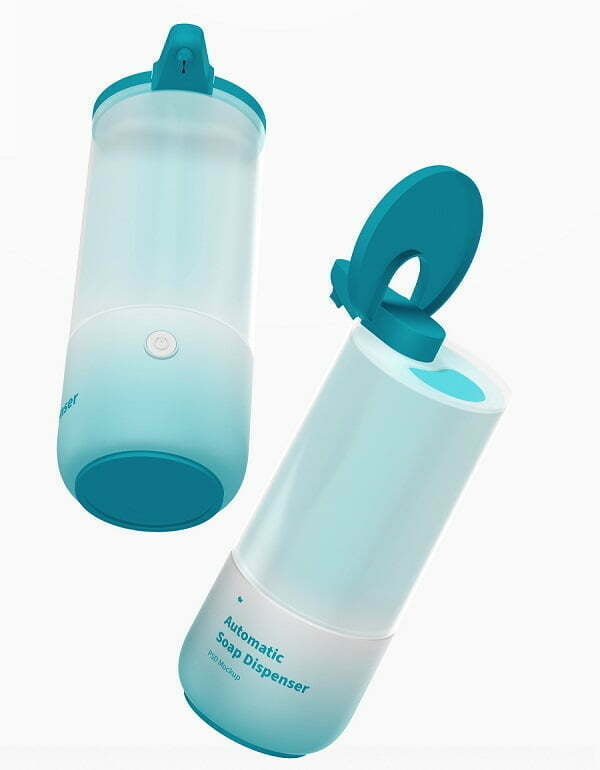 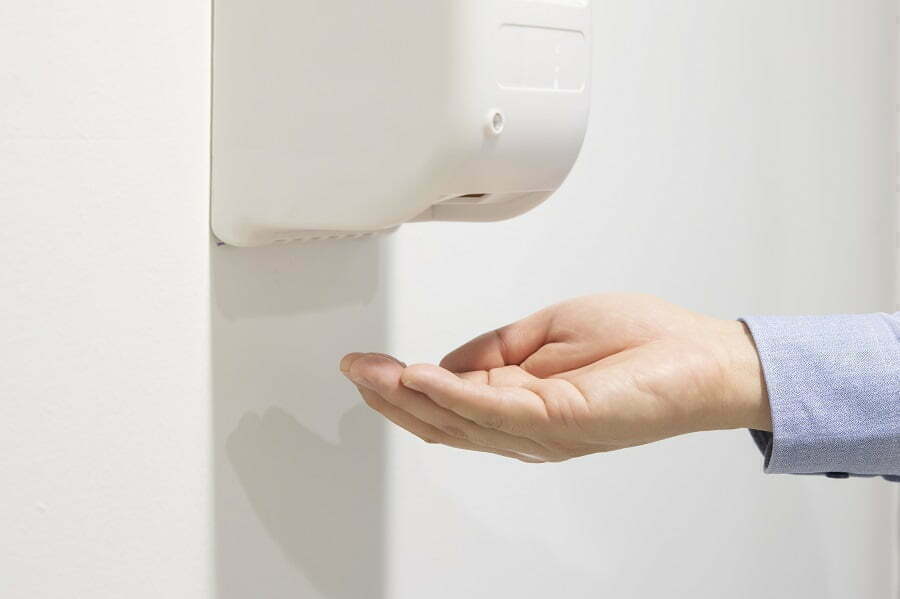 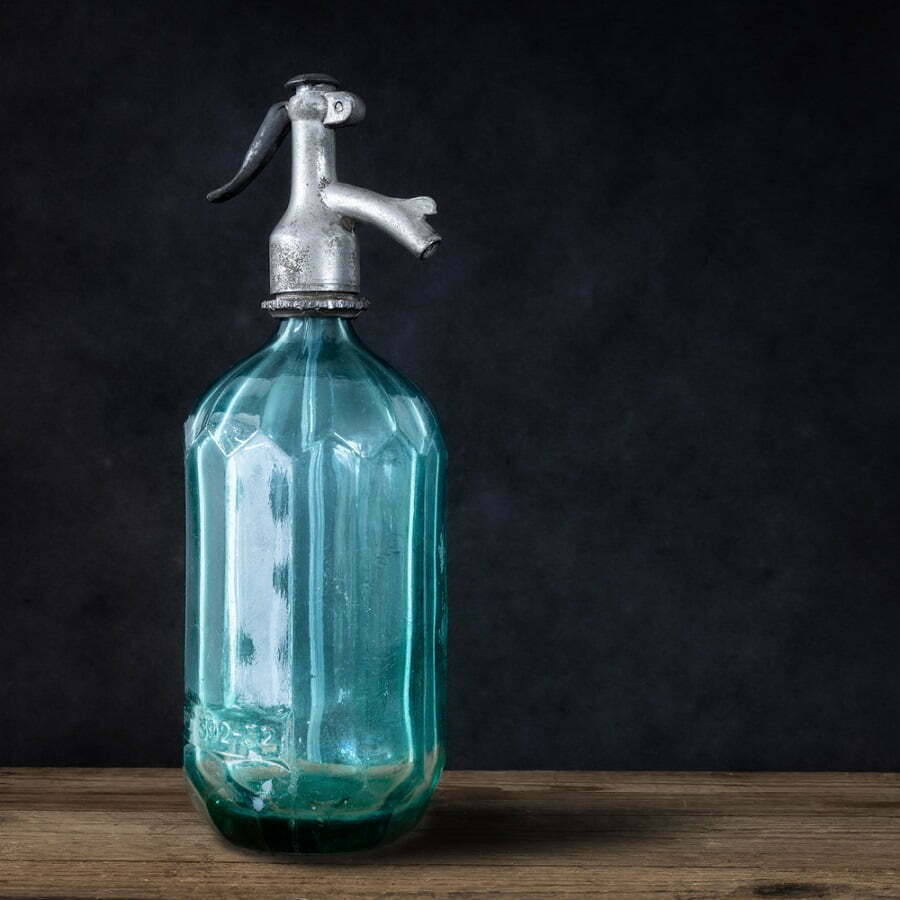