Considering getting a smokeless fire pit for your backyard? But do they really work? How? Read on to find out!

Smokeless fire pits are becoming more and more popular these days. They look great and they are very convenient. But are they really effective?

Let’s take a closer look into what smokeless fire pits are, how they work, and if they are effective. This guide will help you to get your head around this type of fire pit and answer all your questions.

What is a Smokeless Fire Pit?

Smokeless fire pits rely on an ingenious secondary combustion system and double-walled design (that works as a combustion chamber) that creates extremely high temperatures, allowing them to burn most fuel particles before they drift into the clothes and eyes of those close to the pit. This double-walled convection ensures higher temperatures than regular fire pits.

It’s impossible to have a totally smokeless pit because all the smoke can’t be eliminated, especially just after the fire has been lit. However, a well-designed pit generates a meager amount of smoke, and therefore, is more user-friendly compared to conventional fire pits. A lot of smoke causes eye irritation and clings to hair and clothes. Smokeless pits come in different shapes, sizes (usually compact), and designs, including portable and non-portable units.

Besides, in addition to the minimal smoke emission, the fuel usually burns to total ash, which gathers in a collection tray. Smokeless pits are, therefore, easier to clean, and you won’t smell like a campfire after using them. Whether it’s for cooking steaks at barbeques or warming your hands during cold nights, a smokeless fire pit will give an exceptional performance in a smoke-free and clean environment.

How Do Smokeless Fire Pits Work?

Smokeless fire pits typically come with a double-walled fire ring that makes the combustion mechanism. At the bottom of the outer wall, there are holes. Similarly, the top of the inner walls has a ring of holes.  Once you light the fire pit, air flows through the holes in the outer wall, and then it’s heated once it makes contact with the inner walls.

The heated air rises and in the space between the two walls and expands as it gets hotter. The hot air eventually pushes into the holes that ring the upper part of the inner wall—this movement of air fans the flames with the inflow of preheated oxygen. The secondary combustion that results from this process is so hot that it immolates almost all the smoke particles before escaping the fire pit.

Do Smoke Pits Give Off Heat?

The design of smokeless pits enhances airflow, which fans the fire and blends with the escaping smoke. Therefore, smoke doesn’t reach your nose or clothes because the secondary combustion burns it off. The smell of burning wood emanates from chemical compounds called polycyclic aromatic hydrocarbons (PAH).

The higher the moisture content in your wood fuel, the greater the level of PAHs it’ll generate when burning. Therefore, you should opt for the right low-moisture wood products to enjoy a smell-free fire. Therefore, smokeless fire pits are a great option, especially for individuals negatively affected by smoke.  In general, you should consider getting a smokeless pit if you have an elderly parent who loves the outdoors but who experiences labored breathing after exposure to smoke or an asthmatic child.

Smokeless pits do generate heat. Some smokeless pit designs can generate up to 30% more flames than conventional fire pits. This makes them great for grilling and cooking. Some smokeless pits also come in compact designs that make them portable and lightweight, making them particularly handy for backyard bonfires, tailgating, and camping trips. If you love the outdoors and cooking over open flames, you can purchase a smokeless pit with a sear plate or grill plate for the perfect outdoor cooking experience.

Compared to conventional fire pits, smokeless fire pits are safer because the center’s pit contains fire in one place. Therefore, the likelihood of fire spreading or burning beyond control is significantly low. The smoke-free system also ensures the fire remains in the fire chamber and thus enhances security. Some smokeless pits also come with adjusting dials to control the characteristics of the flame. Smokeless pits also cause less pollution, meaning they are eco-friendly.

Smokeless fire pits typically burn solid fuel such as wood pellets, charcoal, or wood logs. Many models burn multiple fuels, but the pits’ cleanout and airflow are typically optimized for a given type of fuel. Typically, lighter fuel is cheaper and allows better fuel efficiency.

If you’re going to use firewood logs, it is best to use kiln-dried firewood for better efficiency and less smoke.

Can You Use a Smokeless Fire Pit on a Deck?

You can use your smokeless pit on your deck. However, you should protect the deck from the heat and jumping embers by placing a buffer — concrete or stone pavers — underneath the pit.

If you’re using a cover, be sure to seal it well so that rainwater cannot seep through. Also, keep the lid closed during the day so that the heat isn’t lost.

Cons of a Smokeless Fire Pit

Where does the smoke go on a smokeless fire pit?

Most of the smoke particles burn down in the fire pit due to the higher heat it can produce.

How much smoke comes out of a smokeless fire pit during normal operation?

A well-maintained smokeless fire pit should not emit any smoke that you would feel. But old residue can cause some smoke to appear in the long run.

Why is my smokeless fire pit smoking?

If your smokeless pit has been sitting unused for a long time, there could be moisture inside the firebox. Moisture causes the fire to smolder, which produces smoke. To prevent this, you must dry out the firebox before using the pit again.

What kind of wood should I use for my smokeless fire pit? How often should I add new wood?

Should I put water in my smokeless fire pit to help keep it cool?

No, don’t put water in your smokeless pit! Water only adds humidity to the fire, making the flames hotter and increasing the chance of a flare-up.

Because smoke keeps mosquitoes away, smokeless fire pits are not an effective repellent.

Because smokeless fire pits create less smoke than conventional fire pits, they reduce the chances of attracting unwanted animals like bears and cougars.

Is it safe to leave a smokeless fire pit unattended?

No, you should not leave a smoke-free fire pit unattended.

How Long Does It Take to Light Up a Smokeless Fire Pit?

A smokeless fire pit takes about 10 to 20 minutes to light. Once lit, it will burn for hours as long as you refuel it.

Do You Need to Clean My Smokeless Fire Pit Regularly?

Yes, you need to clean out the ash regularly. To do this, scoop out the ashes with a shovel and dispose of them properly.

Liked this article? Here’s what you can read next: 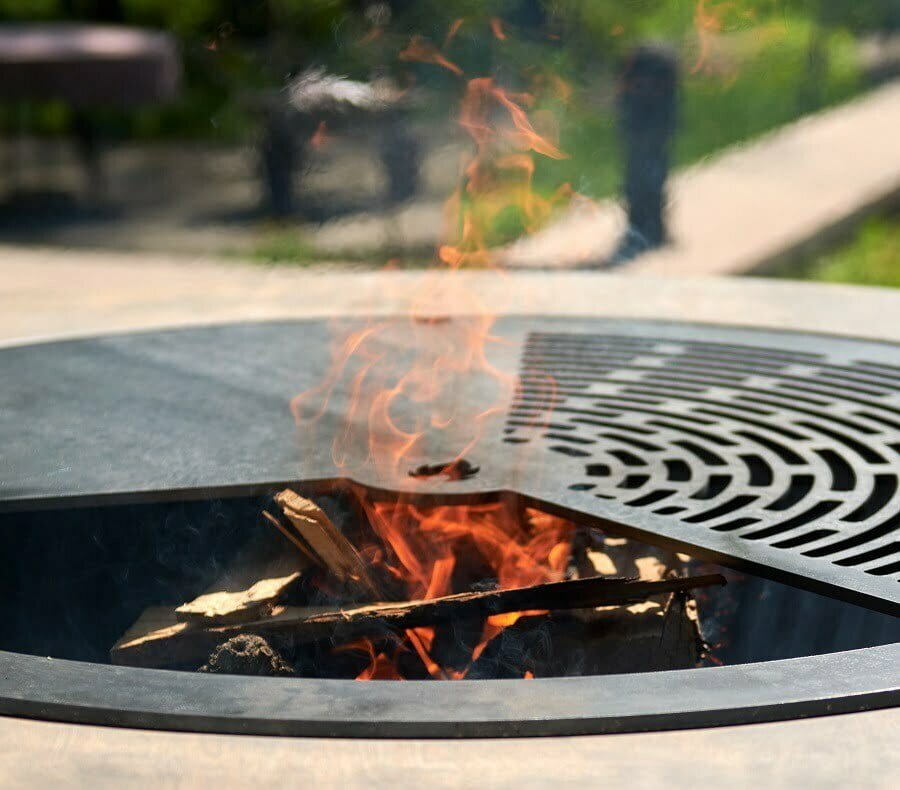 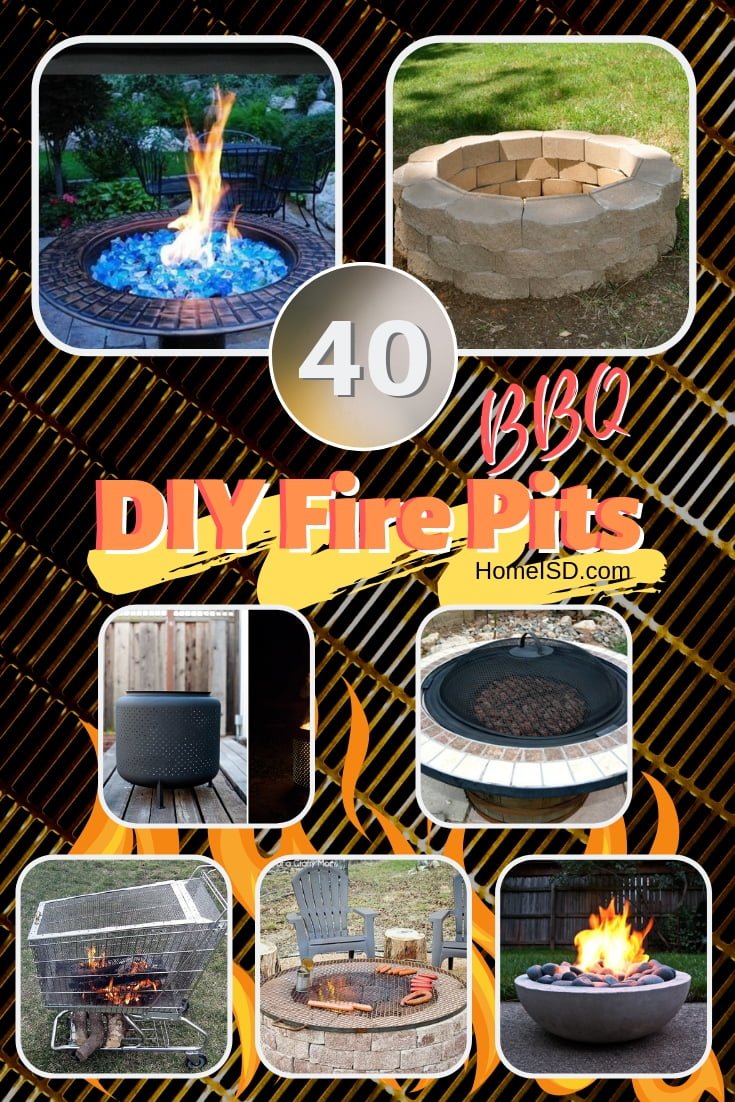 Why Is a Smokeless Fire Pit Smoking? [Solution] 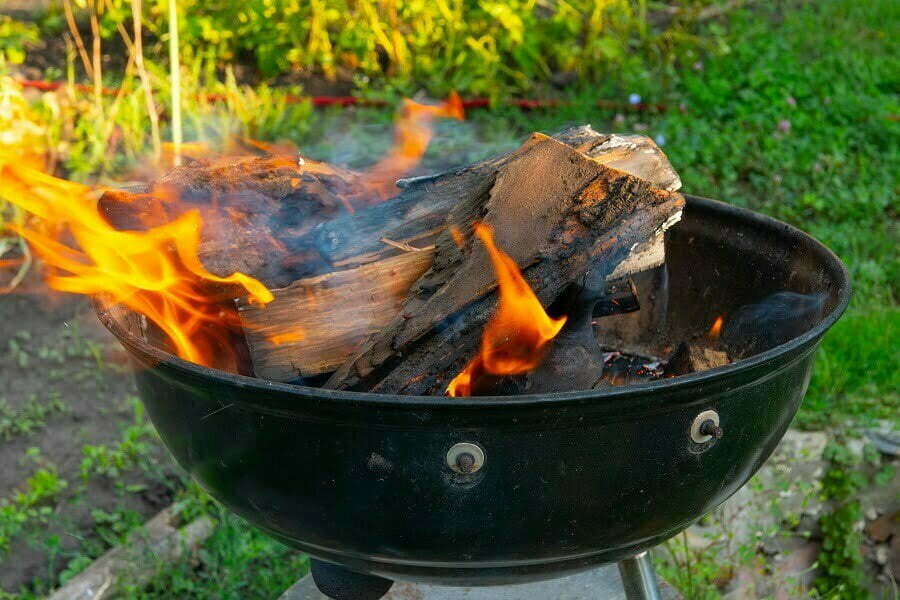 Can You Put a Portable Fire Pit on a Wood Deck or Grass? [Solved] 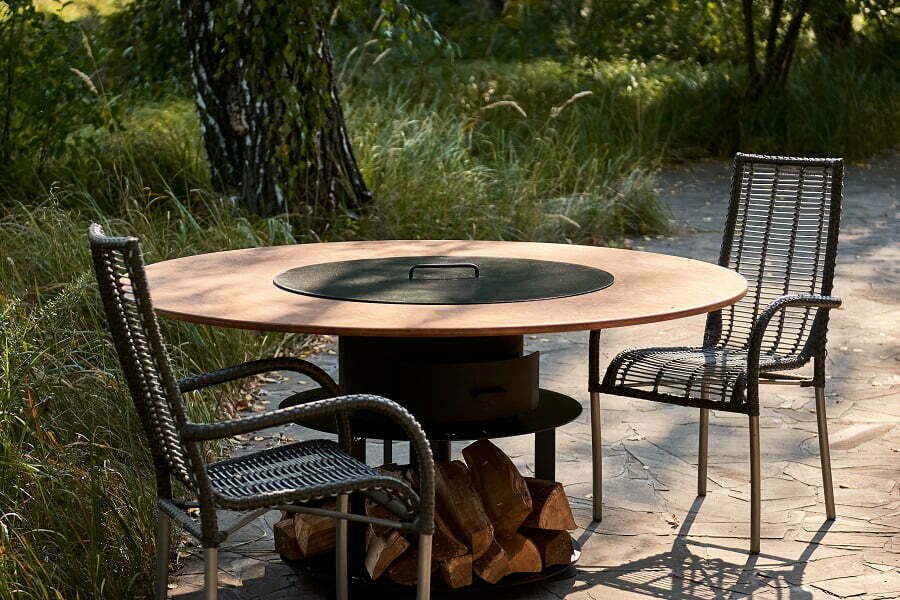 Here’s What to Burn in a Fire Pit without Smoke 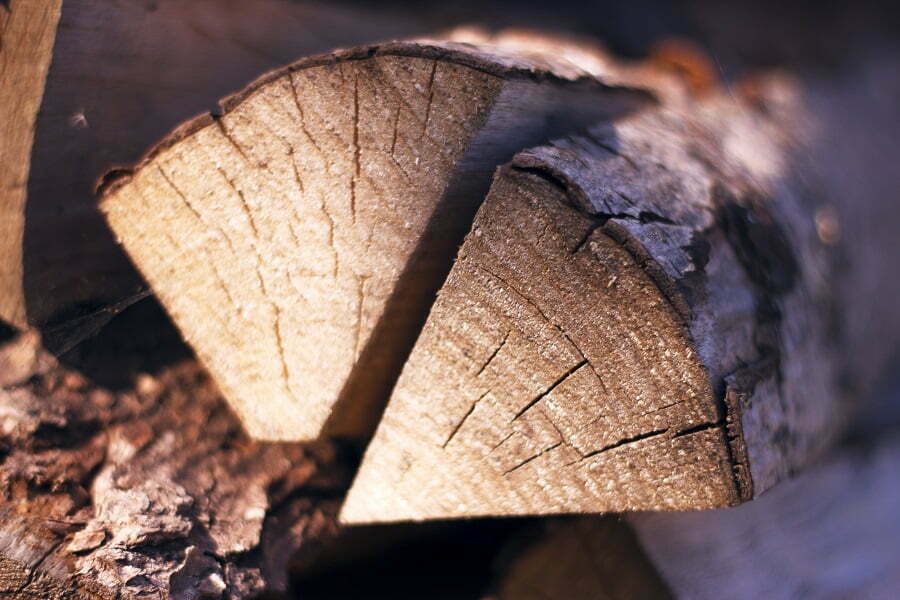 The Pros and Cons of Ethanol Fireplaces 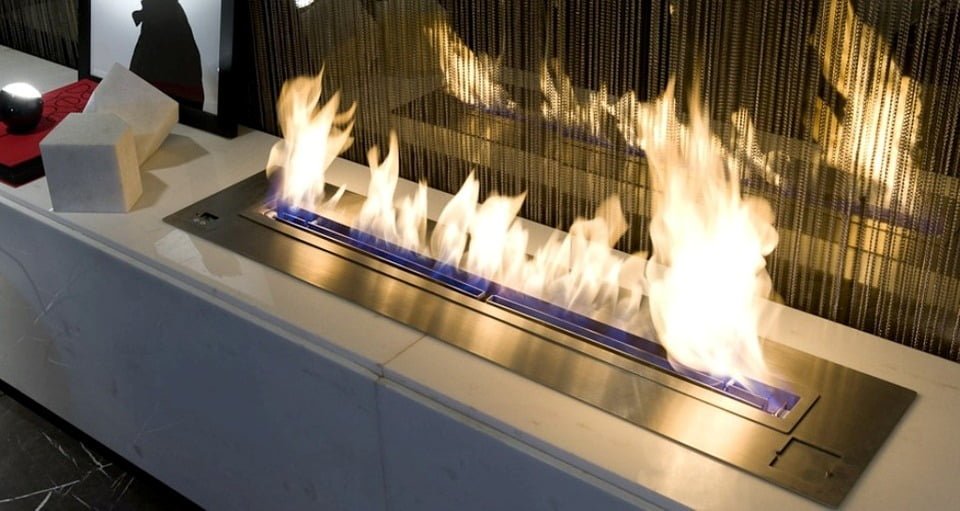